Did St. Patrick Really Use the Shamrock to Prove a Point?

There is a legend that when St. Patrick came to Ireland to convert the pagans to Christianity he used the common shamrock to explain the Trinity.

The shamrock has three parts, but it is only one plant. Likewise, God is Father, Son, and Holy Spirit, but only one God. Nice story. Did it happen? Well, we don't know. That's the way it is with legends. But it could have, and here's why:

The Irish had a love for numbers and their order and balance. Three was one of the numbers that they thought had special significance, but there were others, like five. There are five provinces of Ireland, there are five fingers on each hand and five toes on each foot, and so on. But the number three was used in little wise sayings called triads. I love to read those. Here are a few:

Three best to have in plenty:
sunshine, wisdom, and generosity.

Three good things to have:
a clean shirt, a clean conscience, and a guinea in the pocket.

Three things that never rust:
a sword, a spade, and a thought.

So, it's not out of the question that St. Patrick (or perhaps someone else) used the shamrock to explain the One True God.
Posted by Unknown at 12:27 PM No comments: Links to this post

What do you know about it? What do you want to know? Here are two topics that I'd love to hear your thoughts on as I work on gathering material for a new book.

I really want to know what people are thinking, so please leave your thoughts. Thank you!!!
Posted by Unknown at 11:26 AM 10 comments: Links to this post

Feb. 1 was traditionally the festival of Imbolc, a time for divining the weather and celebrating the fertility of the livestock. The goddess Brigid (spelled many different ways) was associated with this season. As Christianity was introduced, the old beliefs were blended with the new so Feb. 1 is the supposed date of Saint Brigid's birth. Please don't ask me if she was a real person. That's a matter of opinion and belief. There are only the old tales to go by, but it's not out of the question that there was a real Brigid, named for the popular goddess, who founded a duel monastery (for men and women), did miraculous works, was extremely generous, and was revered for centuries--and still is.

If you want to read my intrepretations of her early life (fiction), get a copy of Brigid of Ireland. 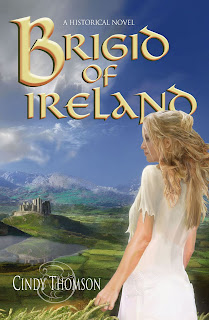 If you want a short synopsis of her life and the stories associated with her, read the chapter on St. Brigid in my new book, Celtic Wisdom: Treasures From Ireland. 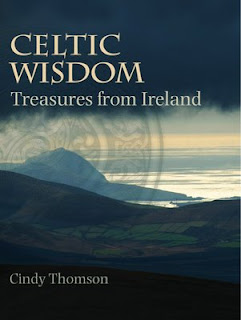 If you want to learn how to weave a St. Brigid's cross, traditionally woven on this day by children in Ireland, go here.

HAPPY SAINT BRIGID'S DAY!
Posted by Unknown at 6:14 AM 5 comments: Links to this post