I love old photographs, especially those that reveal expression on the faces of the subjects. They certainly spark story ideas.

What do you think about the woman above? I'd wagger that she's not as old as she appears. Lots of labor in the sun has wrinkled her, and she probably had a hard life. The picture is c. 1900, Galway. She's descended from Famine survivors or perhaps lived through it herself. I wonder if she's just about to say something to the photographer.

Isn't the photo above thought-provoking? There are so many things here to think about. What are they going to sing? Is this a family? Is the gentleman on the left just visiting? (He has on his coat and hat.) Look at the dirt floor, the wicker chair. The man on the right and the girl looking at each other.

All the photographs above came from the same flickr photostream. There are more there you'll want to see.

Oh how I love this shot below. It's dated about 1910. Do you think this boy's sister is jealous, or what?

My first book in the Ellis Island Series features the Brownie camera, 1900-1901. Don't you think a snapshot speaks volumes? 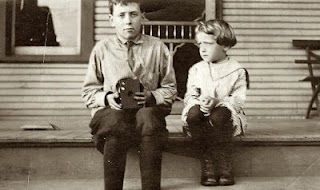 Brownie camera were around for decades. My family had this one:

Do you have any photographs of some Irish faces you'd like to share? Send them to me and I'll share therm here.
Posted by Unknown at 8:37 AM No comments:

My character Grace in my novel coming out next year, likes to draw. I can just imagine her slipping into a Nickelodeon and seeing this Edison film in 1900. I think this is awesome. What do you think?

A Prayer For Grace


A Prayer For Grace

from the Carmina Gadelica 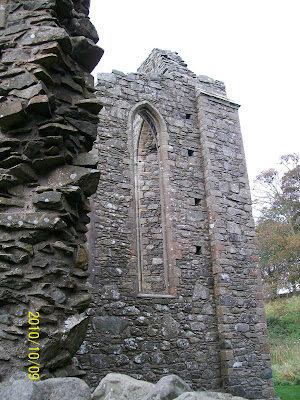 Pour down upon us from heaven
The rich blessing of Thy forgiveness;
Thou who art uppermost in the City,
Be Thou patient with us. 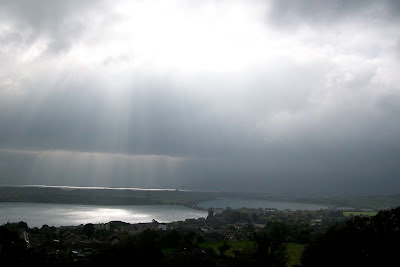 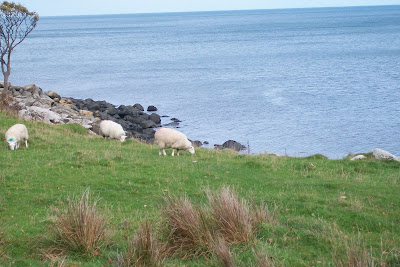 Six More Reasons to Be Proud of Being Irish American

Reasons to be proud of being Irish American:

7. You have a heritage of dance. Myself, I just appreciate dancers, but think of Gene Kelly, Michael Flatley, and more. This complements the heritage of music, of course.


8. You have a heritage of actors. Again, I'm just an appreciator, but think of Harrison Ford, Sean Penn, Johnny Depp, Rosie O'Donnell, Matthew McConaughey to name just few. And of course, the star of the Quiet Man, John Wayne, was of Scots-Irish descent.


9. You have a heritage of law enforcement. You know the Irish American policeman is a stereotype, but there is good reason for that. Many Irish immigrant men found employment in law enforcement, fire fighting, and other public service occupations in large cities. According to Wikipedia: In the 1860s more than half of those arrested in New York City were Irish born or of Irish descent but nearly half of the City's law enforcement officers were also Irish. By the turn of the 20th century, five out of six NYPD officers were Irish born or of Irish descent. As late as the 1960s, even after minority hiring efforts, 42% of the NYPD were Irish Americans. Some examples: Charles Lynch, Francis O'Neill. 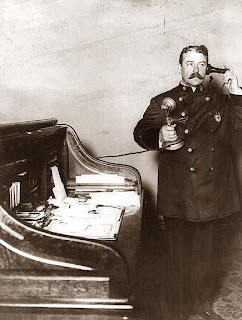 10. You have a heritage of lawbreakers. Okay, who doesn't, right? But supposedly it was the frequent arrest of Irish immigrants that garnered the police vehicle that picked up suspects the name of a "paddy wagon." From Richie Fitzpatrick of the turn of the twentieth century NYC gang called the Eastmans, to  Frank "The Irishman" Sheeran, Jimmy Hoffa's murderer, there are more than enough examples to try to forget. (Oh, yeah, Billy "The Kid.") Of course, other nationalities also have a heritage of lawbreakers and the Irish are no worse.

11. On a more pleasant note, you have a heritage of authors. From Yeats to Maeve Binchy, the Irish have been word weavers since writing was introduced. Here are some Irish-American examples to consider: Tom Clancy, Mary Higgins Clark, F. Scott Fitzgerald, Cormac McCarthy, Flannery O'Connor. There are many more. In fact, the sections on authors and journalists are the longest on Wikipedia's list of famous Irish Americans.
12.  You have a heritage that played a major role in the formation of this country. It's no secret that many of the founding fathers had Scots-Irish roots. Before the Revolutionary War most of the Irish immigrants were Scots-Irish and came over in large numbers. One is my husband's distant relative Charles Thomson, the secretary of the Continental Congress. I've written about him here on my blog. Commodore John Barry, Father of the American Navy is another. And here is a list of the signers of the Declaration of Independence with Irish roots. While you're on that site, take a look at the Irish influence on the Colonial government.

If you followed those last two links, you probably discovered that there is an Irish American Hall of Fame! I had no idea until I starting researching this blog post. You will certainly want to spend time exploring the IAHF website. You can also like them on Facebook. I did.

So, who are your favorite Irish-American heroes?